Can you get sick from cockroaches?

Cockroaches' nesting and feeding habits cause them to carry a number of disease-causing pathogens on their bodies, while also ingesting these microorganisms from the rotting materials they feed on. Learn more about how roaches can impact your health.

Cockroaches are creatures that make you wince at the mere thought of them. Their nesting and feeding habits cause them to carry a number of disease-causing pathogens on their bodies, while also ingesting microorganisms from the rotting materials they feed on. Cockroaches feed on anything food humans would consume in addition to other things such as leather, cardboard, feces, and even the nails of a sleeping person.

For businesses in the food industry, cockroaches are a sign of extremely poor food handling, storage, and sanitization practices that can result in the revocation of their license if discovered.

In Tupelo and other surrounding areas, we have about five different species of cockroaches that we come across. Those would be the German cockroach (the most common and hardest to get rid of), American cockroach, brown-banded cockroach, smoky brown roach, and wood roach.

According to the World Health Organization (WHO): “Cockroaches are one of the most significant pests found in apartments, homes, food-handling establishments, hospitals, and healthcare facilities worldwide.”

Over 60 pathogenic bacteria, molds, fungi, viruses, and parasitic worms have been found in cockroaches, including:

A study reported by the World Health Organization states that many of the collected Salmonella samples showed resistance to antibacterial drugs, making infection control even more difficult.

The existence of cockroach allergies was first documented in 1943 when patients developed rashes where cockroaches had crawled on their skin. In some people, the proteins in cockroach feces and body parts not only produced an allergic reaction but triggered asthma. Tiny particles from cockroach body parts and dried feces can spread through the air, exposing residents in buildings and houses to the allergens.

According to the American College of Allergy, Asthma & Immunology, feces, saliva, and shed body parts from cockroaches can trigger asthma and various allergic responses. Studies worldwide have discovered high levels of exposure to cockroach allergens when testing people living in urban areas, indicating a high level of cockroach infestations in their homes.

This finding was reinforced when the US National Pest Management Association found that although approximately 63% of U.S. homes contained cockroach allergens, this level rose to 78% - 98% in urban homes.

Other sobering statistics about cockroach exposure include:

How cockroaches can spread diseases

One way cockroaches transmit disease is by transmitting harmful pathogens in their droppings (feces). After a cockroach eats something contaminated like raw chicken or animal feces, the microorganisms in the food that they consumed get into their digestive system and either lay dormant or multiply. The pathogens will then be excreted in the cockroach feces and will contaminate any surfaces or food that the cockroach crawls on.

Cockroach vomit and saliva can spread microorganisms in various places. Cockroaches frequently excrete saliva onto food before eating it and also periodically vomit partially digested food. Both of these actions can result in the spread of microorganisms when people eat contaminated food materials they have come in contact with.

Cockroaches like to frequent unclean environments that provide shelter, food, and an environment to survive. These include but aren't limited to garbage bins, sewers, drains, and cesspits: places in which there is a range of microorganisms such as viruses, bacteria, and fungi. These attach to cockroaches’ bodies as they move around the environment.

Cockroach legs, for example, have long spines with a very large surface area that can pick up microorganisms. Anything these spines touch or rub against when the cockroach moves around may then become contaminated which in turn can potentially contaminate you via their travel means.

How can you catch a disease from a cockroach?

There are a variety of different ways that cockroach infestation can result in disease transmission to humans. The majority of cockroach diseases are caught either by eating contaminated food or coming into direct contact with things that a cockroach has contaminated.

The most common method of disease transmission is through eating or drinking anything a cockroach has contaminated. This can happen directly when consuming drinks or food contaminated by cockroaches, or indirectly by drinking or eating something that has been in contact with contaminated cooking utensils, cooking vessels, or other contaminated surfaces.

Dust mites in the air supply contaminated with particles of cockroach feces, vomit, dried saliva, or shed skin can trigger an asthma attack in people suffering from asthma after they inhale the contaminated air into their airways.

Touching items contaminated by cockroaches is another way transmission can occur. When someone unknowingly touches a contaminated item, then proceeds to touch their eyes, mouth, nose, or an open wound, they allow the microorganisms from the contaminated object/surface to enter the body and cause infection.

How to prevent the spread of disease by cockroaches

The best way to prevent cockroaches in your home or business (and the resulting spread of disease pathogens) is to maintain good overall hygiene and sanitation practices. Removal of all amounts of food from any food source (even tiny spills and food particles) reduces the possibility of cockroaches being attracted to and entering your property.

Put your mind at ease and let Tri-County Pest Control handle your roach issue quickly and efficiently - learn more about our roach control here  . Call us at (662) 840-1163 and schedule your free inspection today! 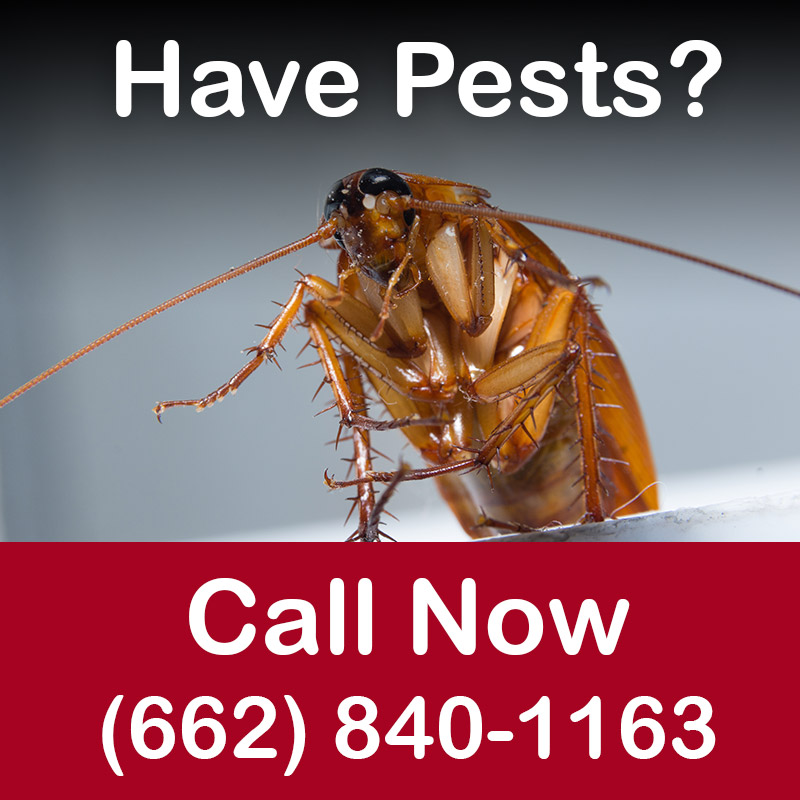 Hear from a few people we have worked with...

“I called Tri-county pest control one morning to set up new service. The technician called me back very promptly and scheduled an appointment to come out. Scotty was kind, professional, and knowledgeable. I am very pleased with their service and look forward to being kept "bug-free" by them.” ~ Amy Dixon

Stop Winter Pest Invaders Before They Come Inside!

10/15/2022 - As the temperature outside begins to fall, creatures of all shapes and sizes start to seek out a warm, sheltered place to take refuge for the wint...

Do I Need Pest Control During The Winter Months?

1/05/2022 - During the change of seasons, the leaves begin to change colors, the temperature drops, and the normal person feels that they are protected from t...

The Economic Impact of Roach Control in Mississippi

12/17/2020 - Mississippi?s warm temperatures benefit many things: plants, outdoor recreation, and, unfortunately, cockroaches. According to an article in Envir...

9/16/2019 - We all love the signs of fall. The cold crisp air, changing leaves, and watching the birds flying south is a exceptional experience. It’s beautifu...

Get rid of pests fast with professional help from our experienced team!

Call or request a quote online